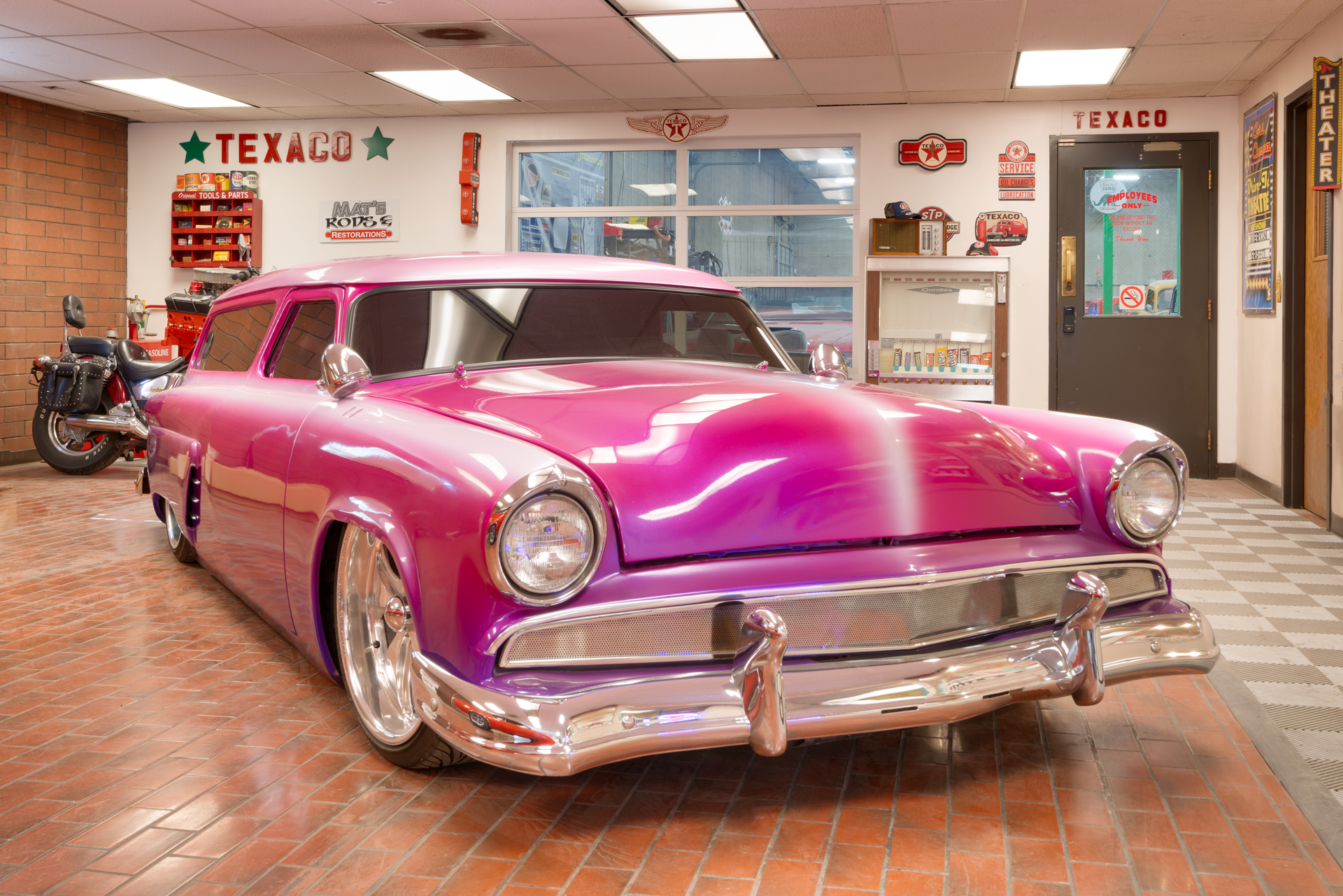 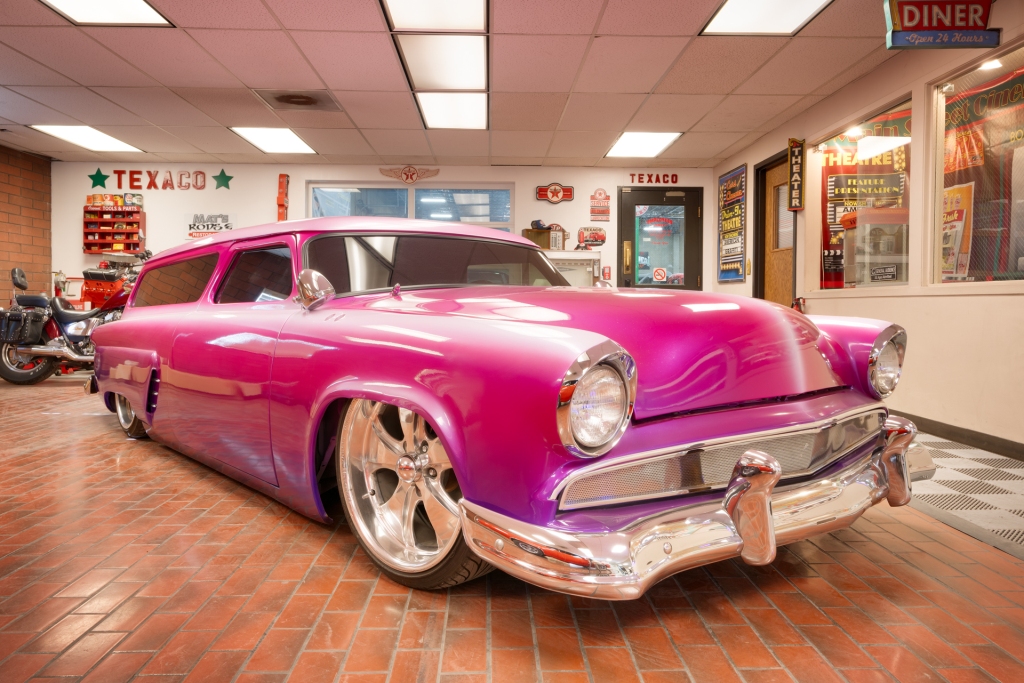 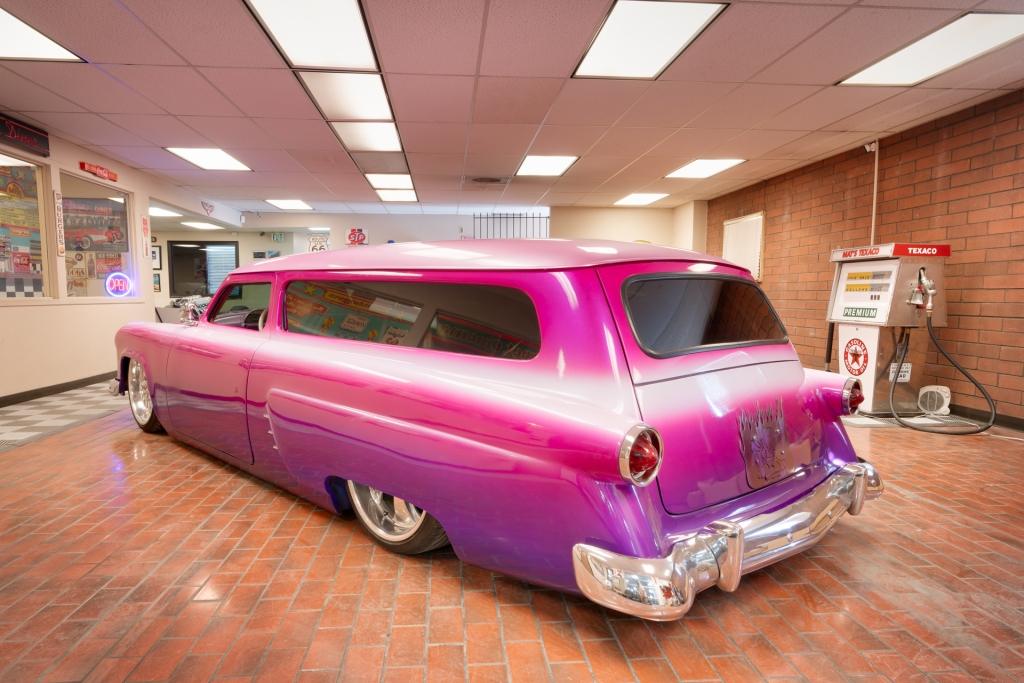 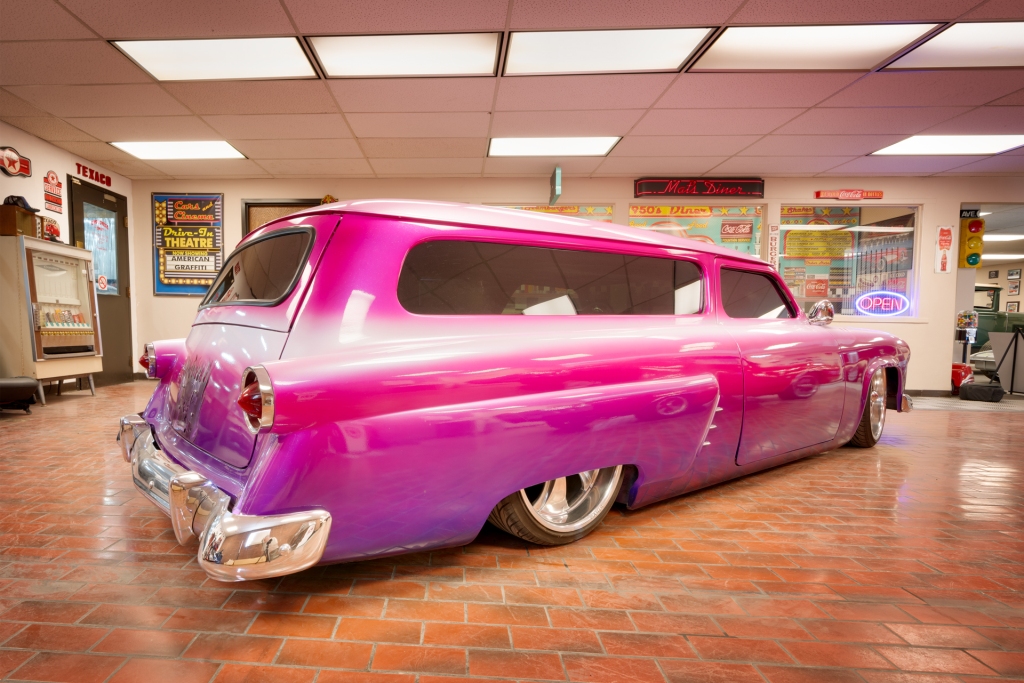 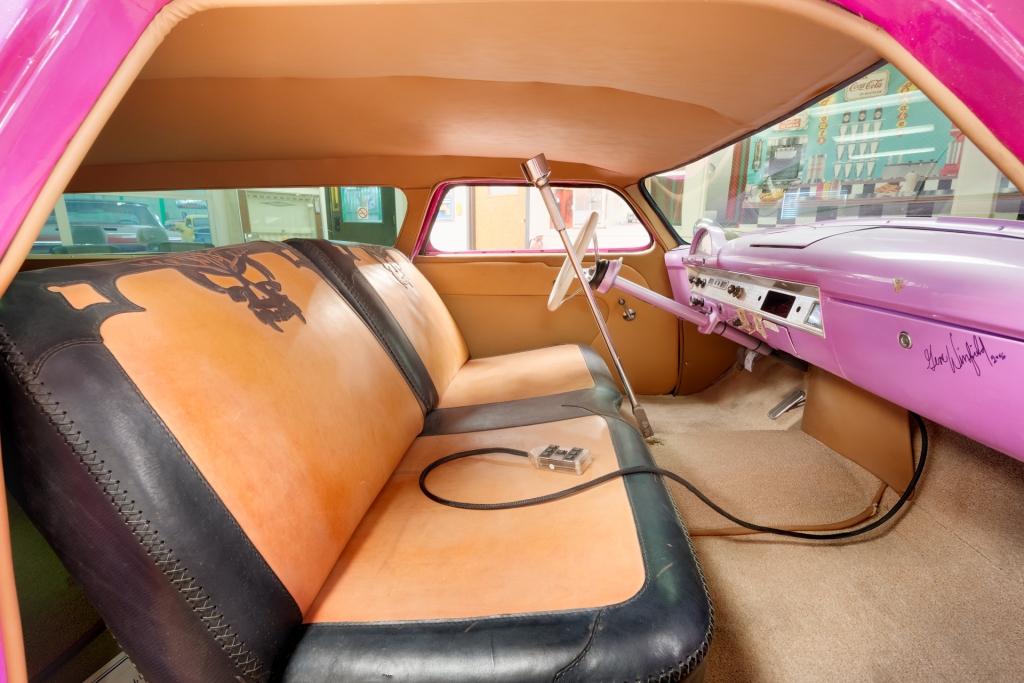 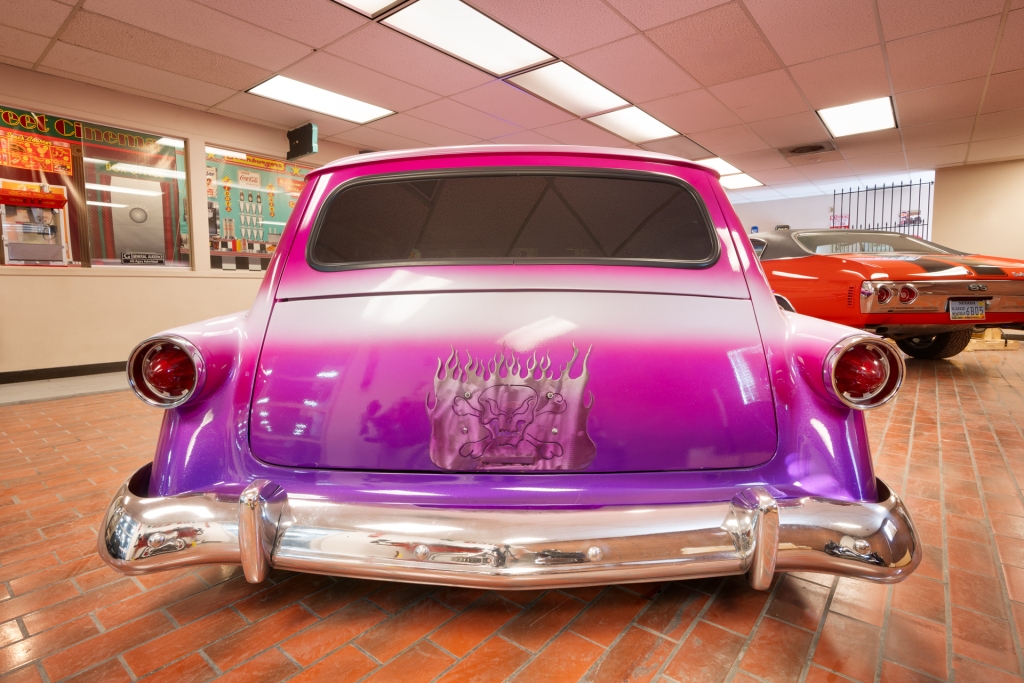 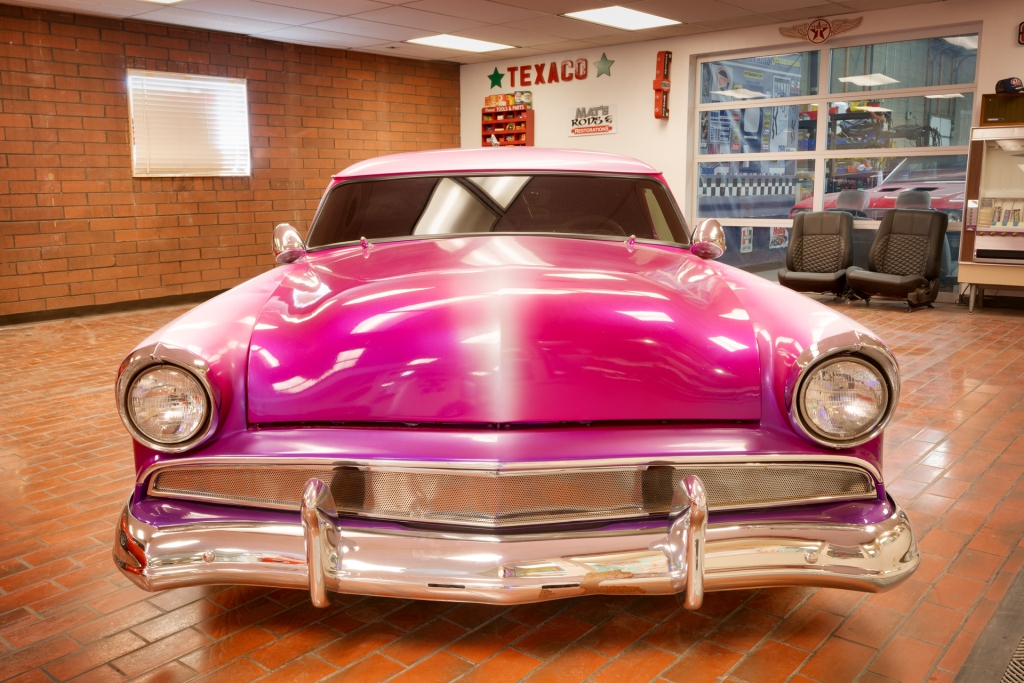 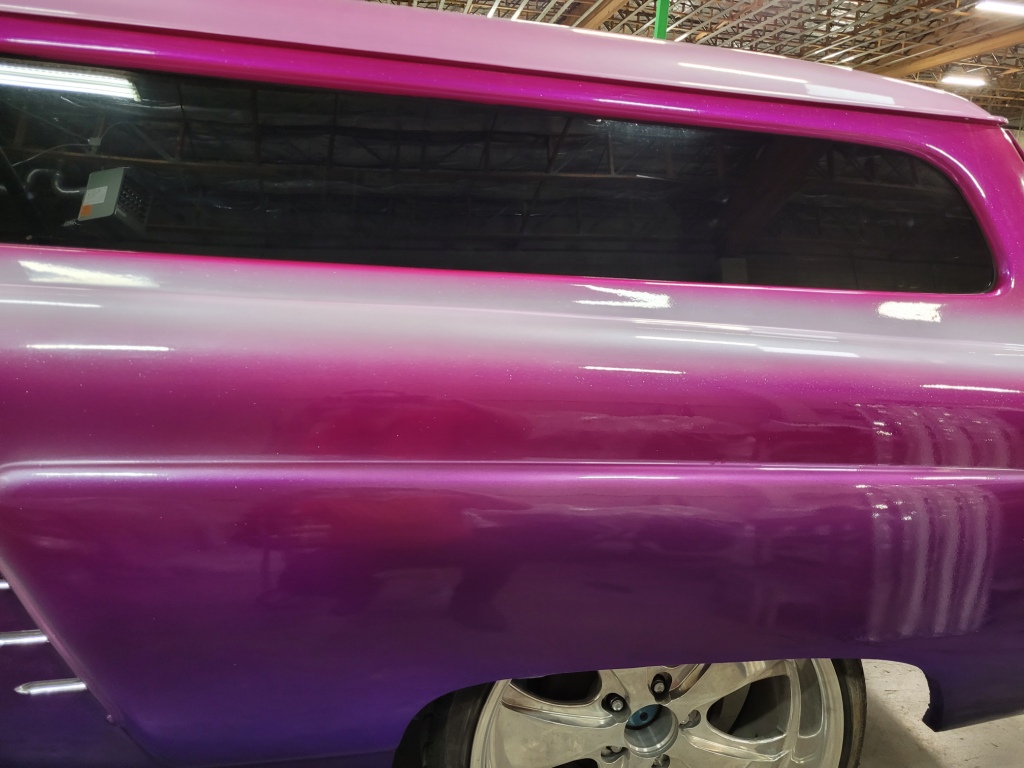 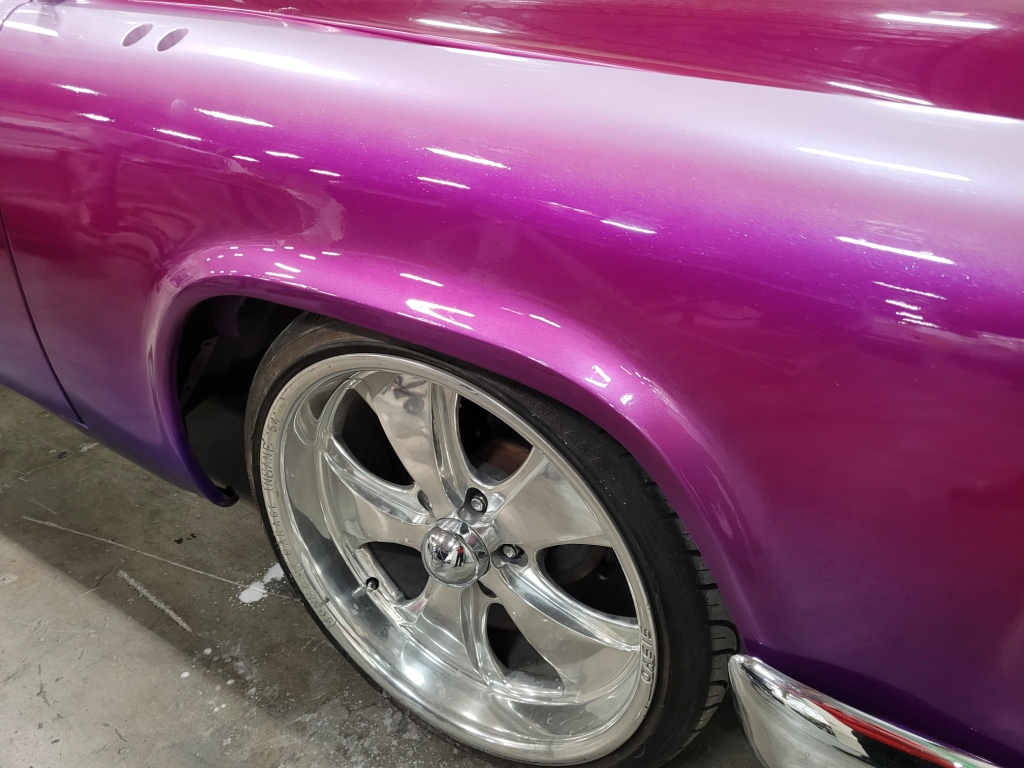 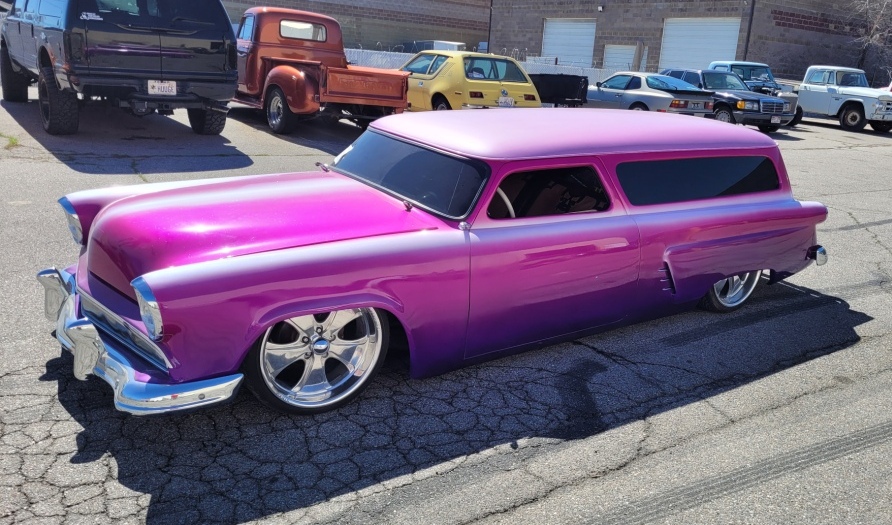 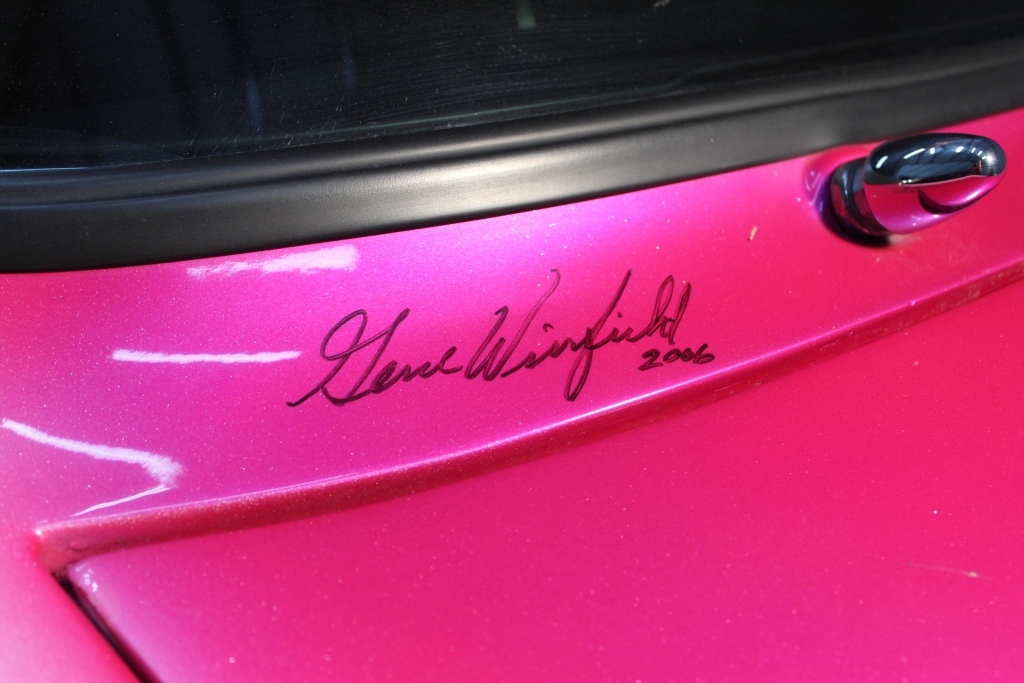 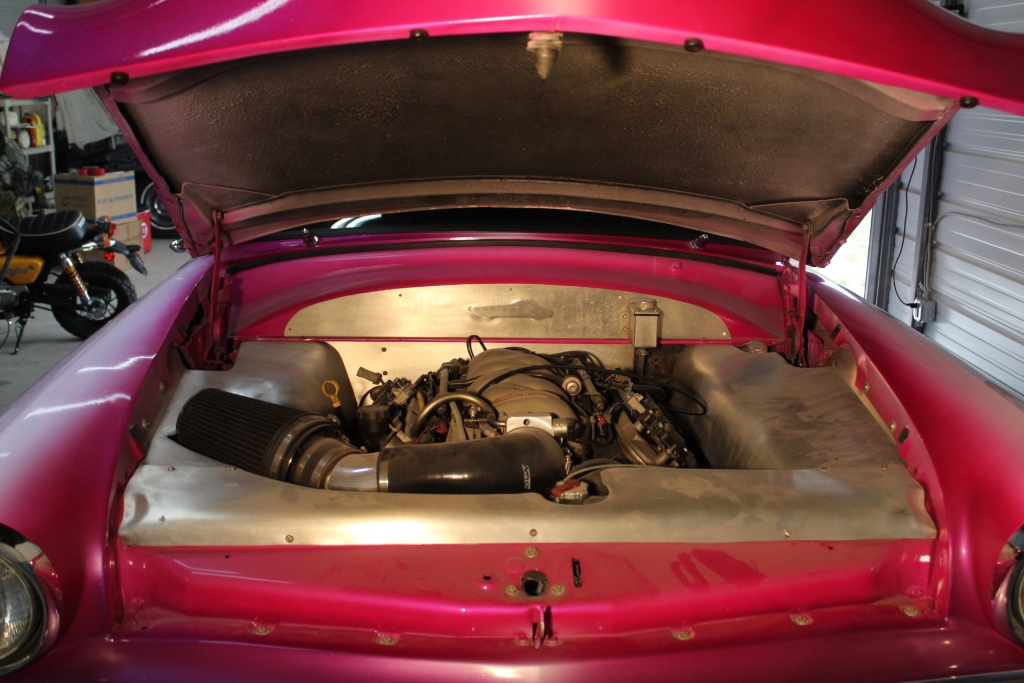 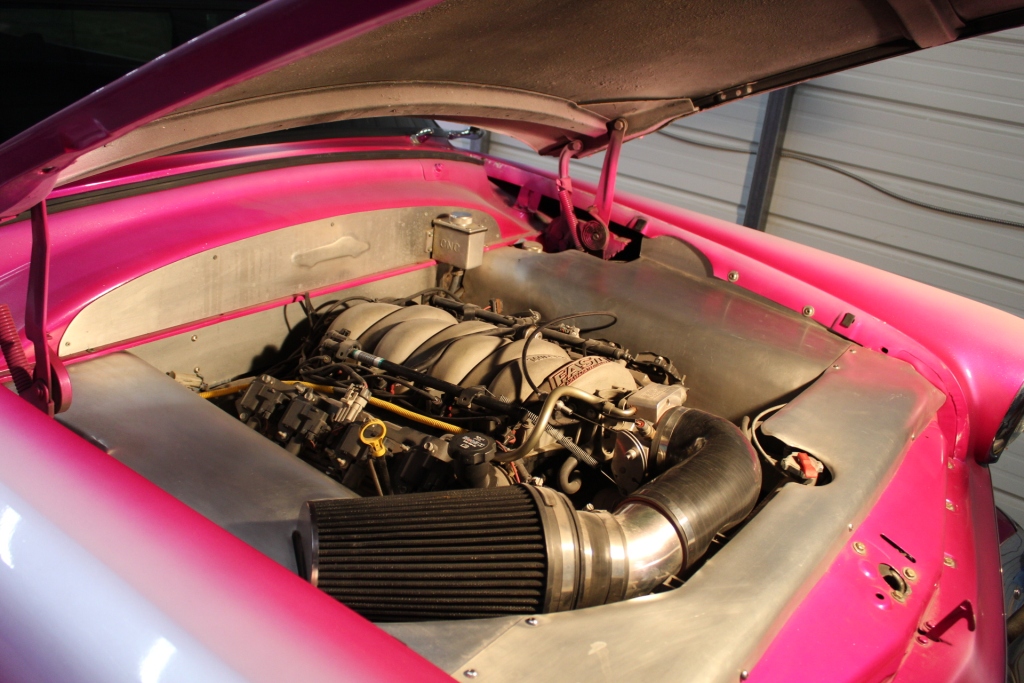 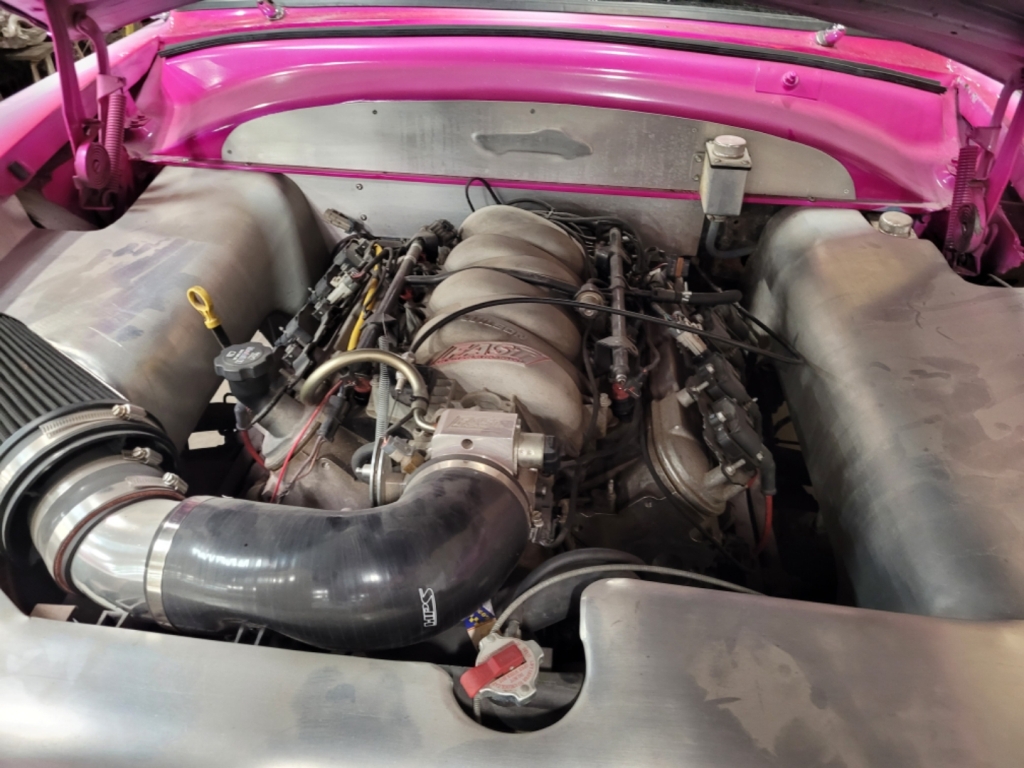 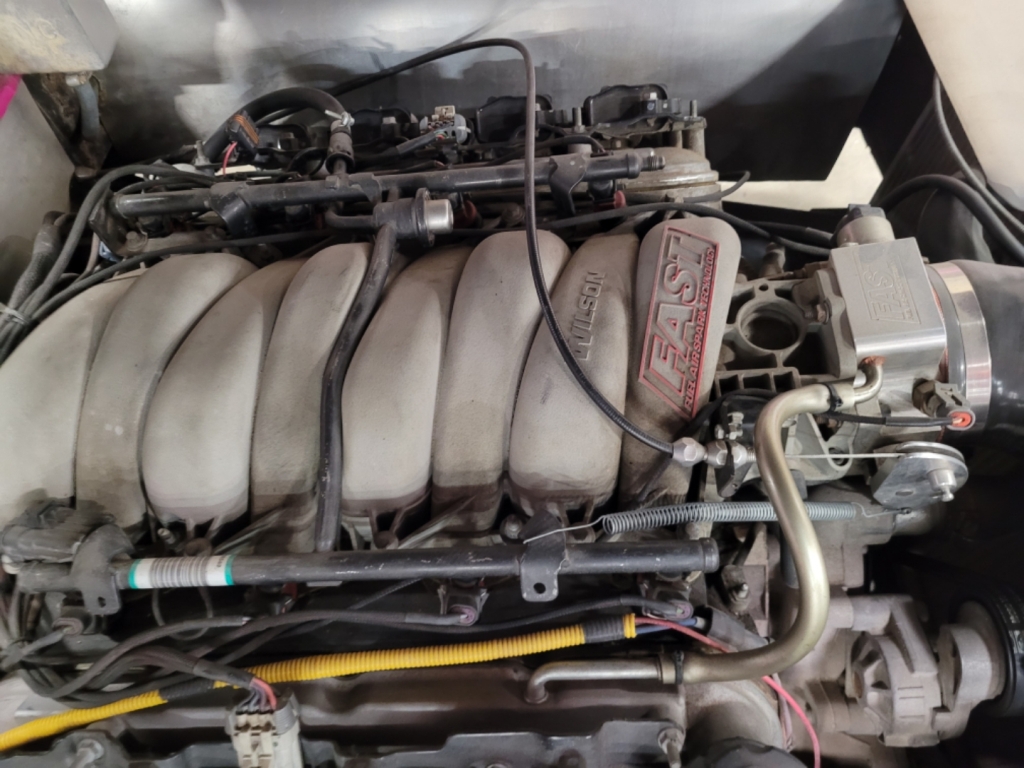 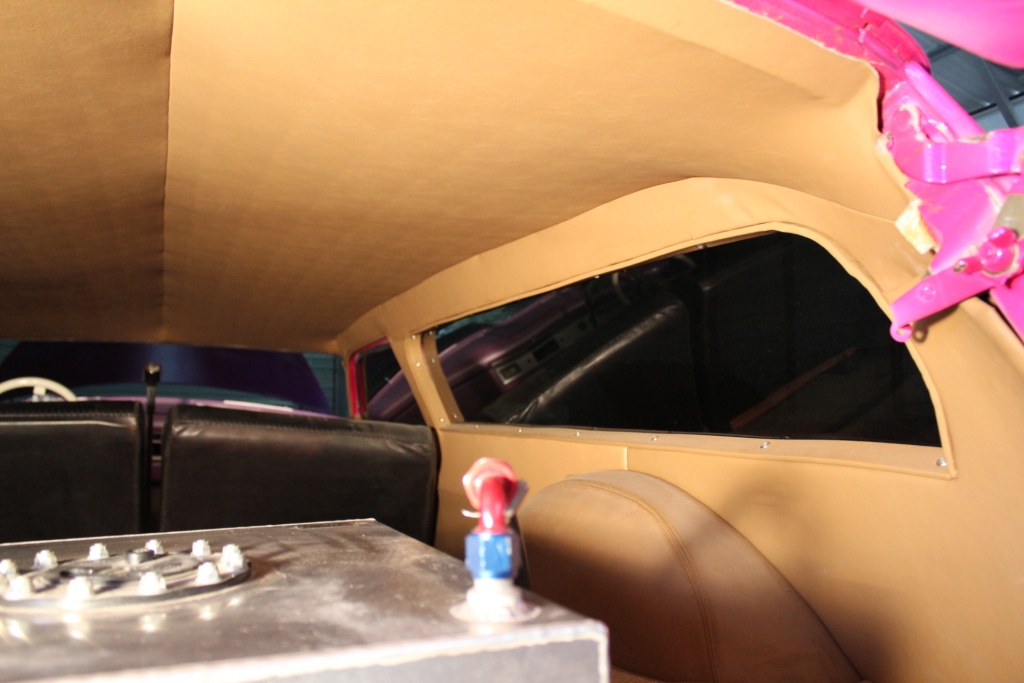 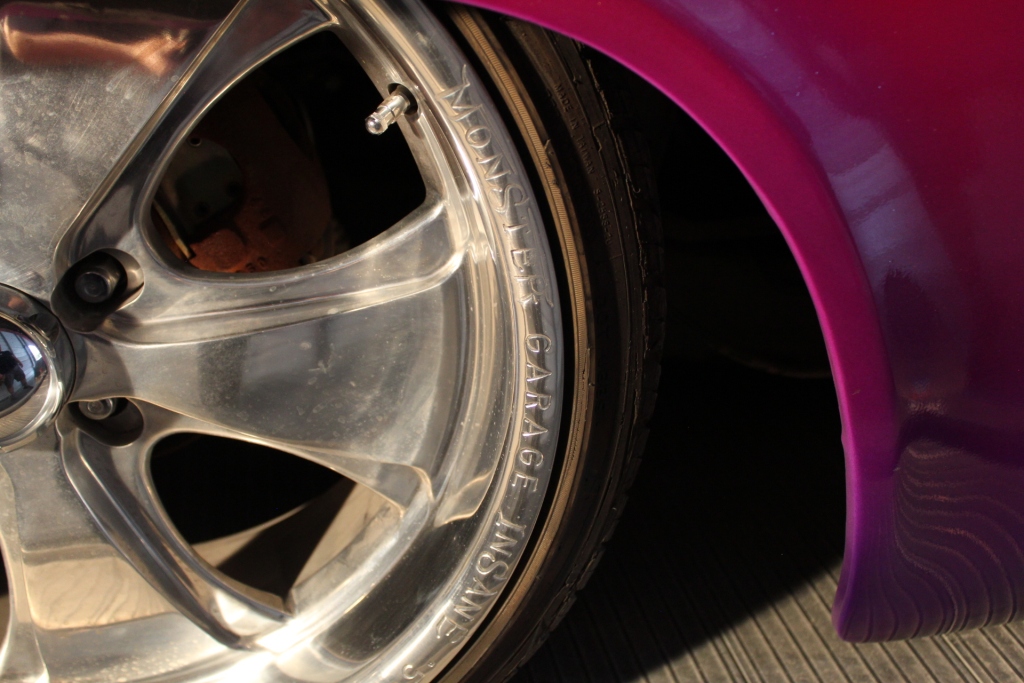 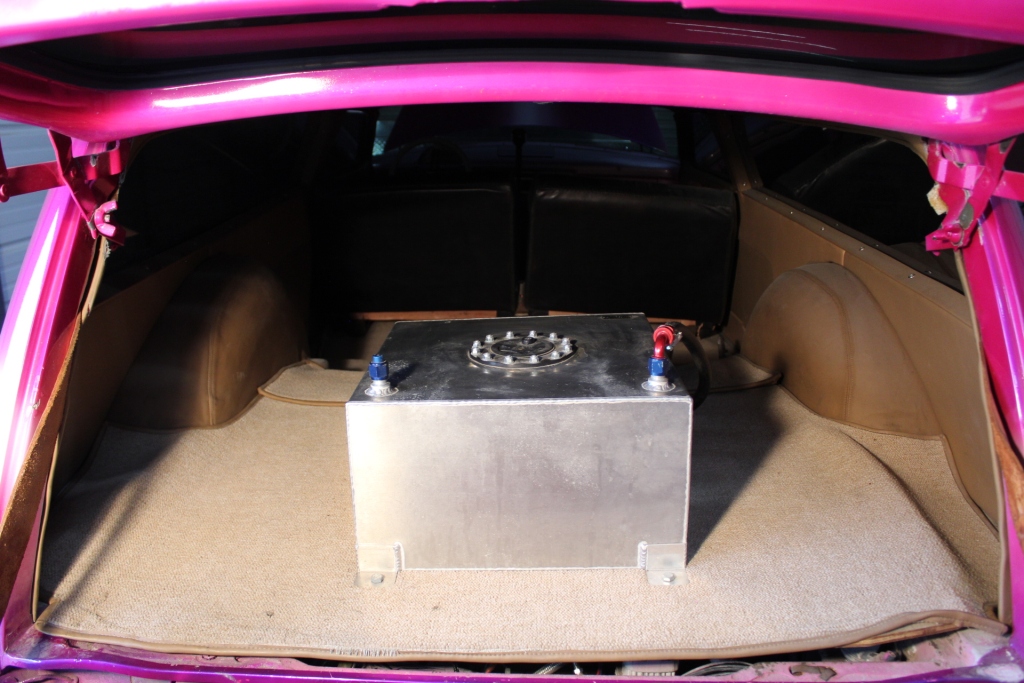 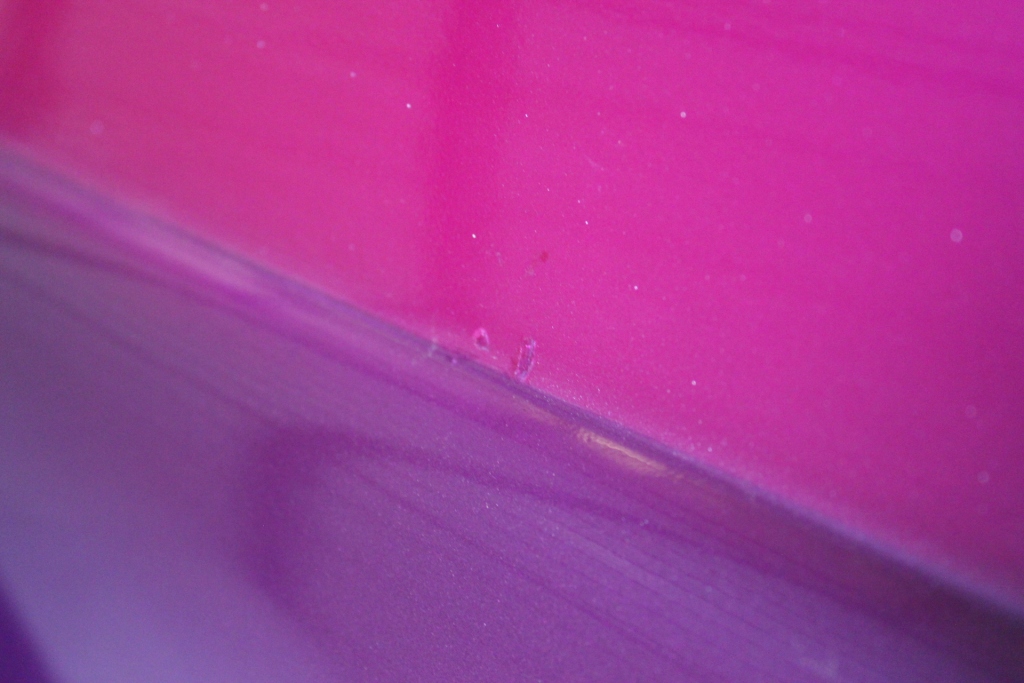 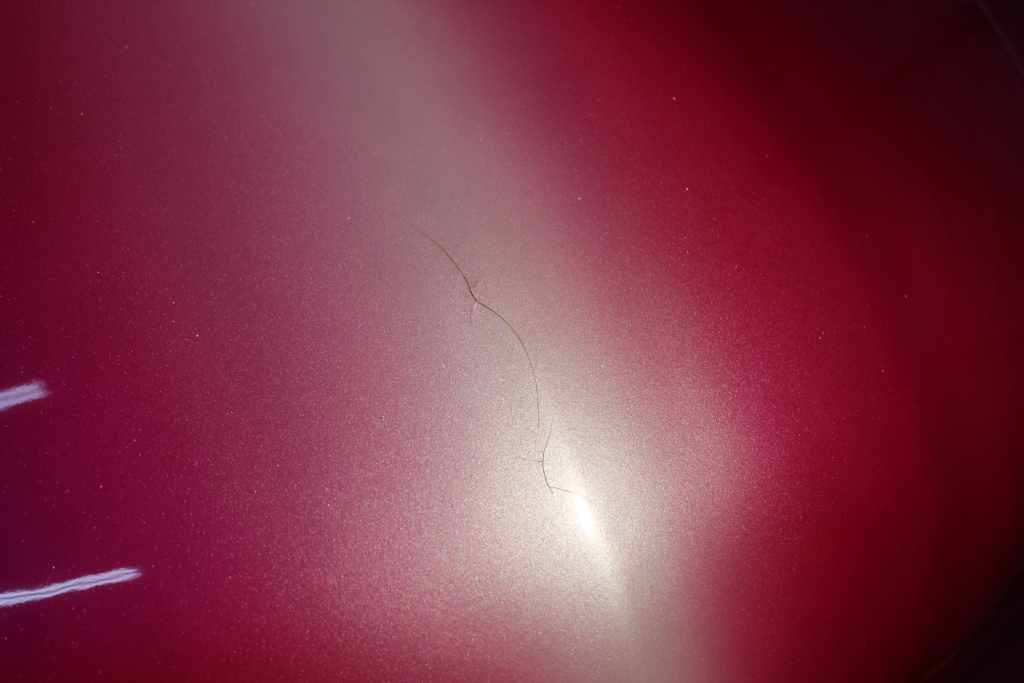 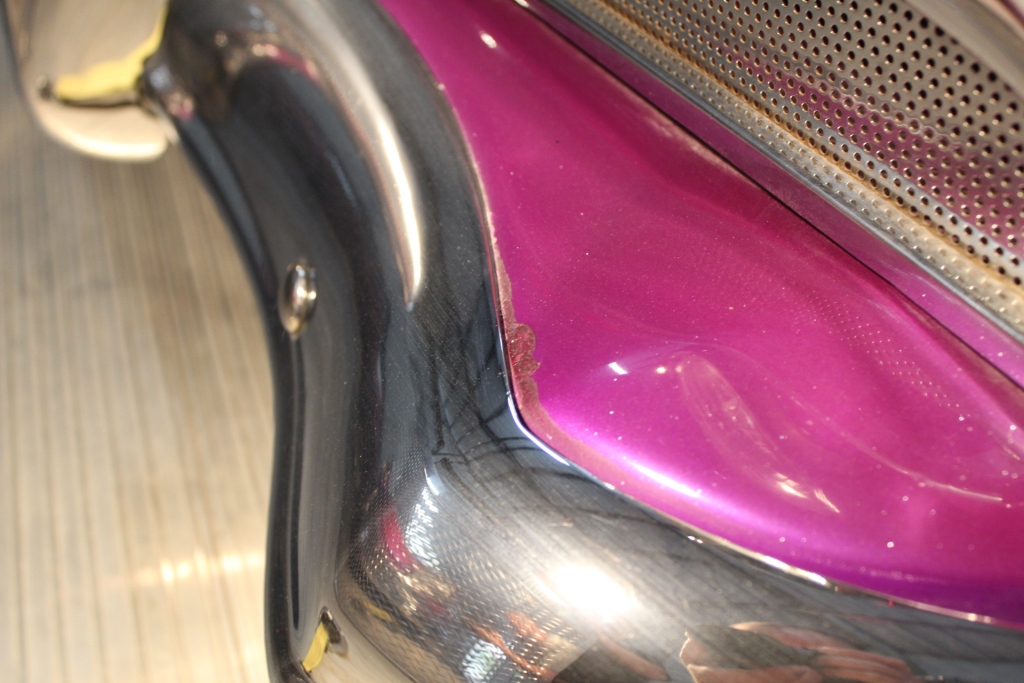 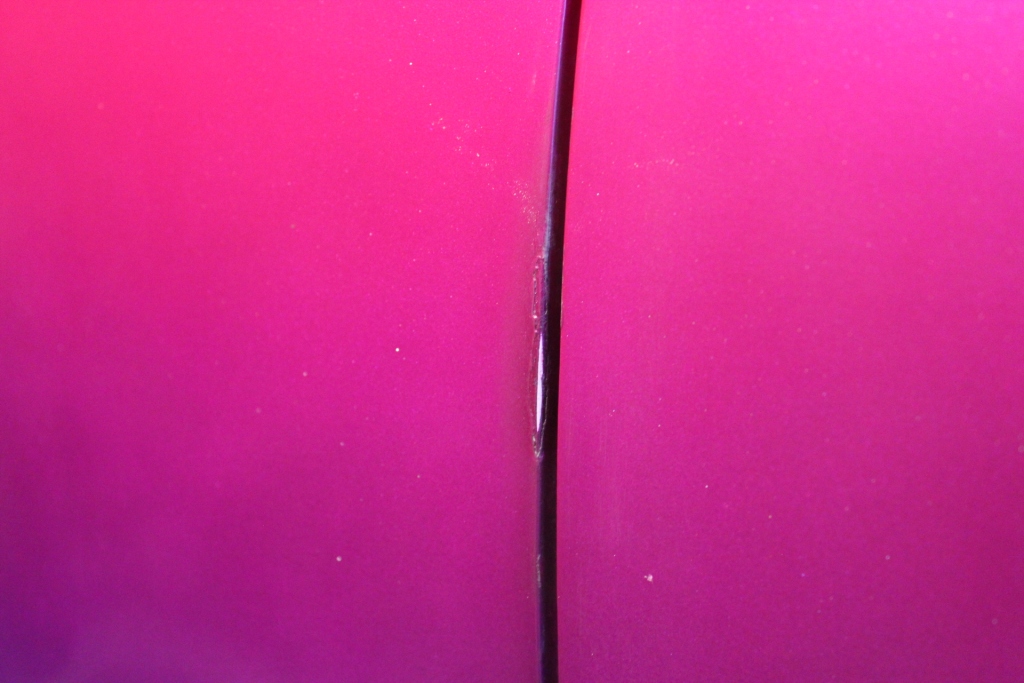 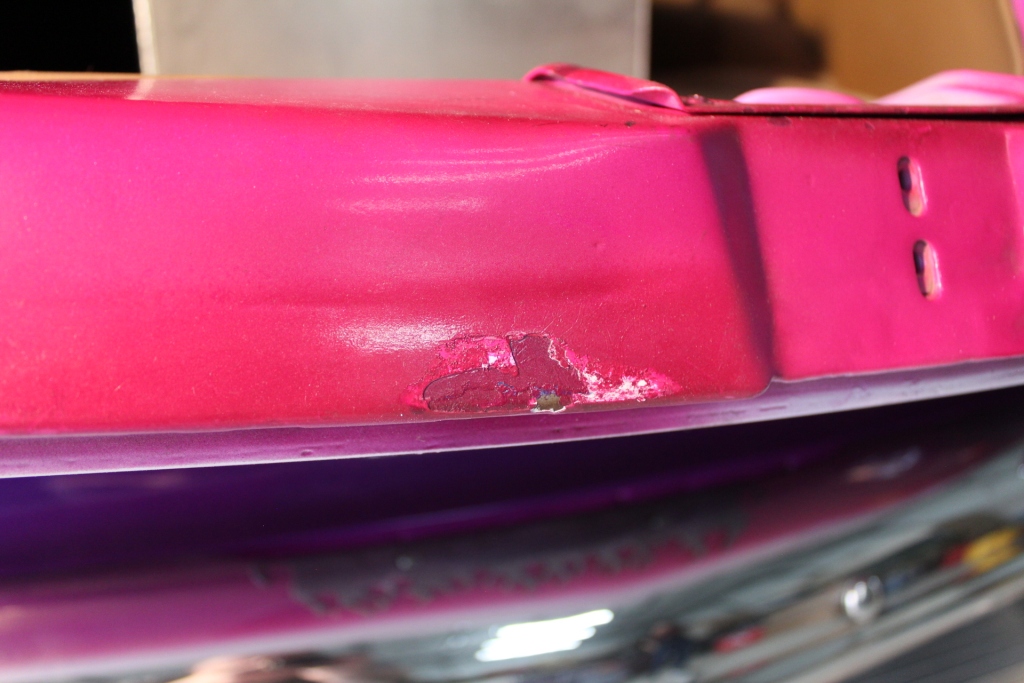 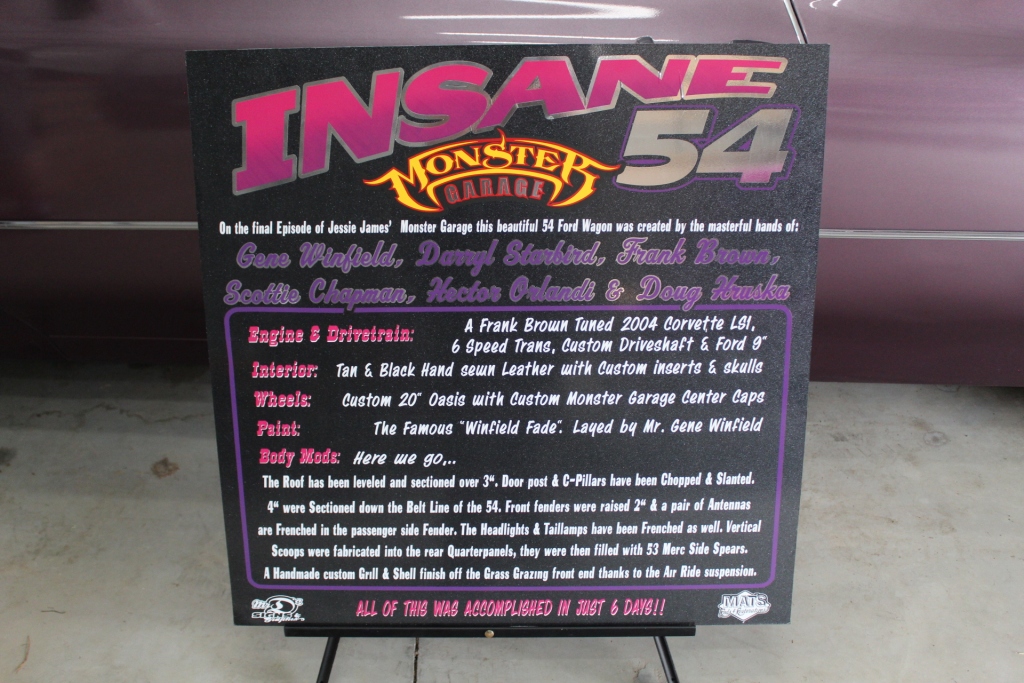 Custom 1954 Ford Ranch Wagon.  This car was the final build in episode 86 from the top show Monster Garage featuring Jesse James.  And Jesse didn't disappoint!  To celebrate the series and phenomenon that was Monster Garage, all the best builders from the previous 4 years were brought together for the most penultimate build to ever hit the airwaves.  The two hour show finale, aired on June 12, 2006, chronicled the build on this amazing car by the masterful hands of Gene Winfield, Daryll Starbird, Frank Brown, Scotty Chapman, Hector Orlandi and Doug Hruska.

The entire build of the car can be watched in the final season 5 episodes 9 and 10 of the ultimate old school wagon on Amazon.

Having recently surfaced in Utah, this is an amazing opportunity to own a storied work of automotive art forever known as the Insane 54!  And while 16 years of campaigning the car has left a mark or two, the Insane 54 is quite a sight to behold!

This car has been consigned to the 7th Annual Salt Lake City Classic Car Auction hosted by the Classic Car Auction Group. The auction is Saturday, May 14 at the Mountain America Expo Center in Sandy, Utah. To consign your car and/or to register to bid on this and other cars in the auction go to http://www.classiccarauction.us.

Thank you for your inquiry!