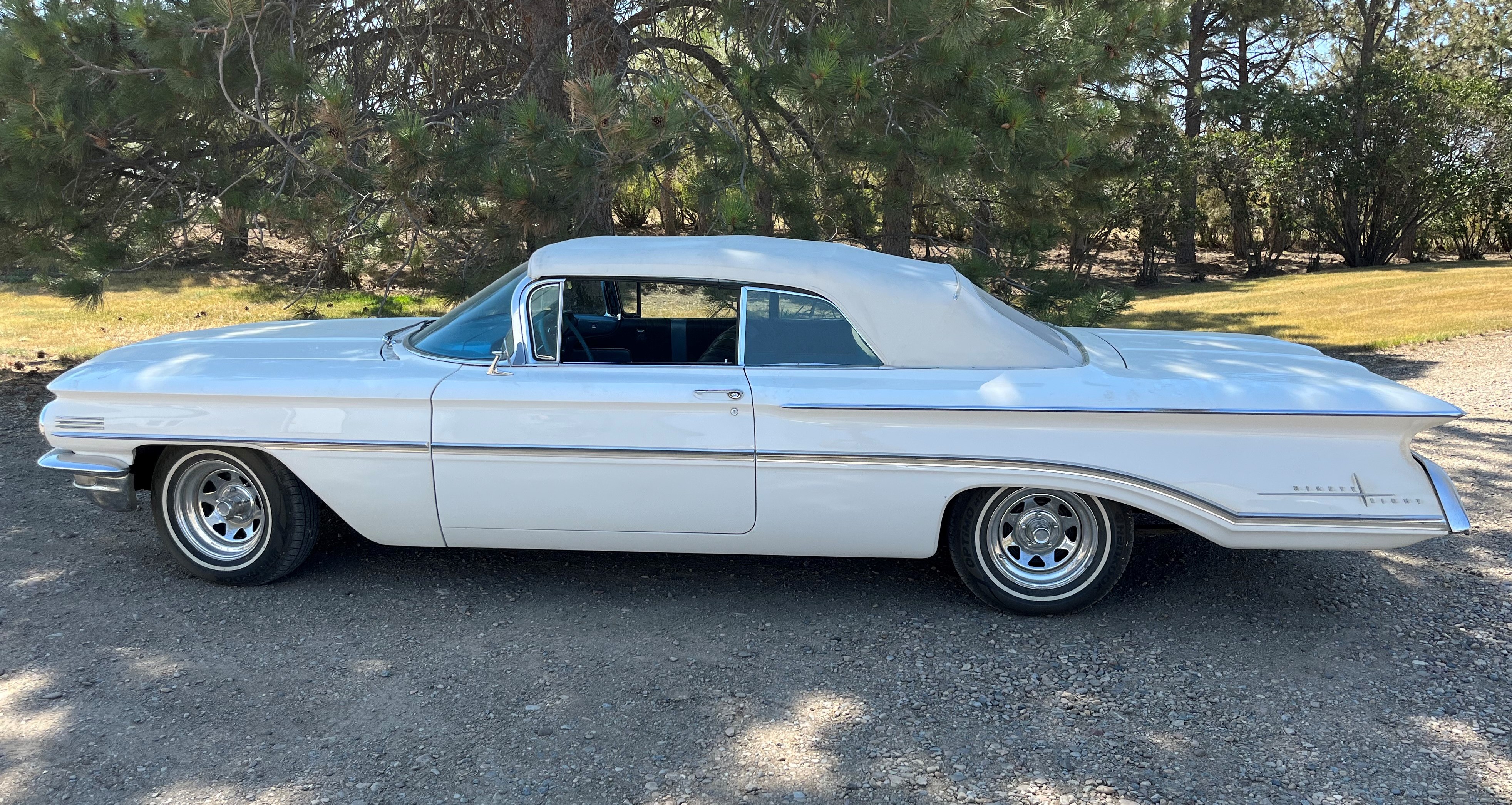 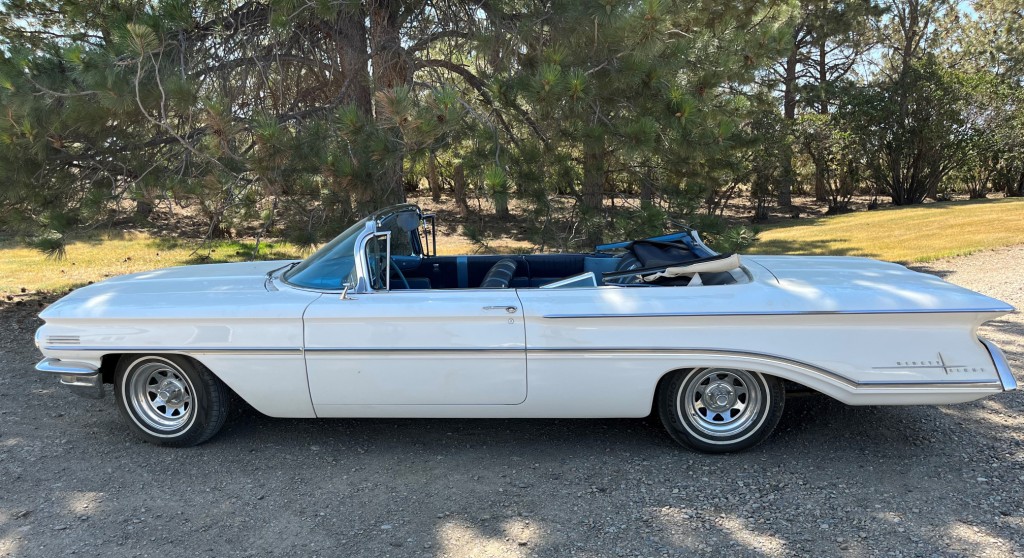 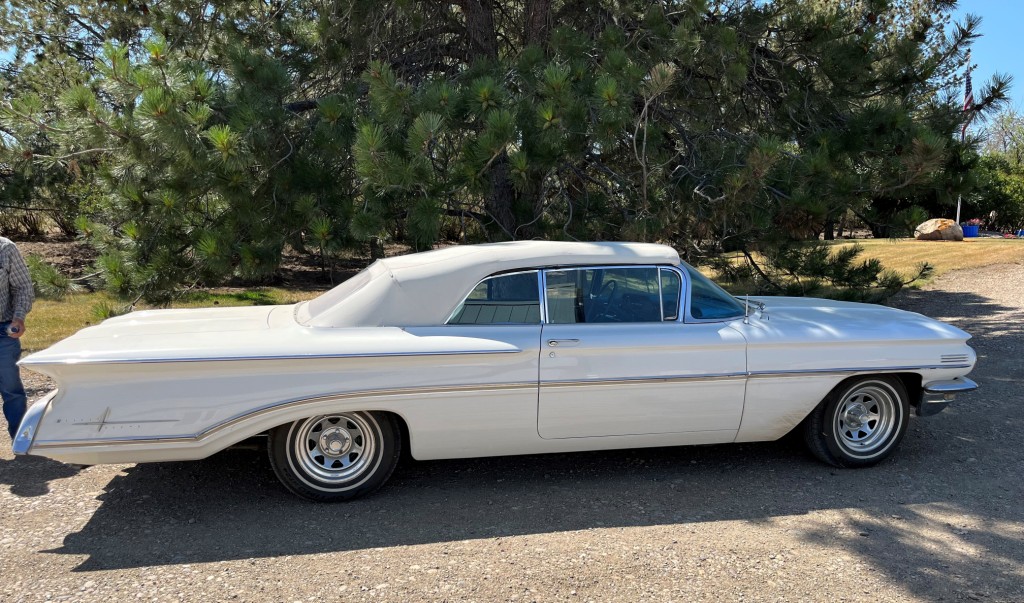 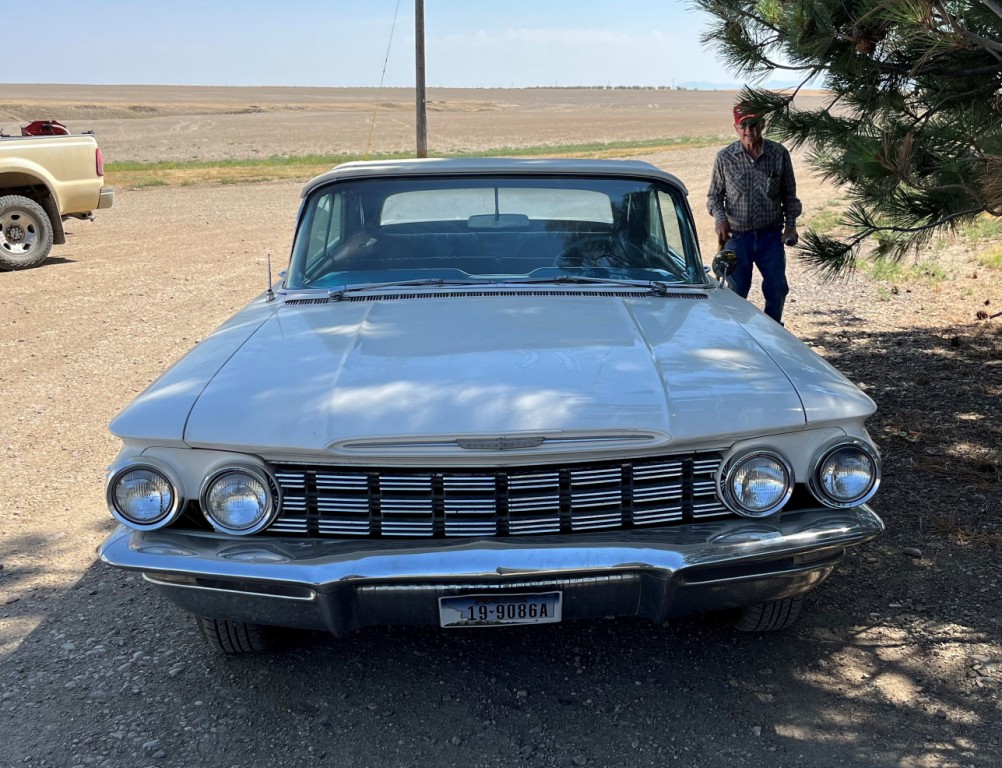 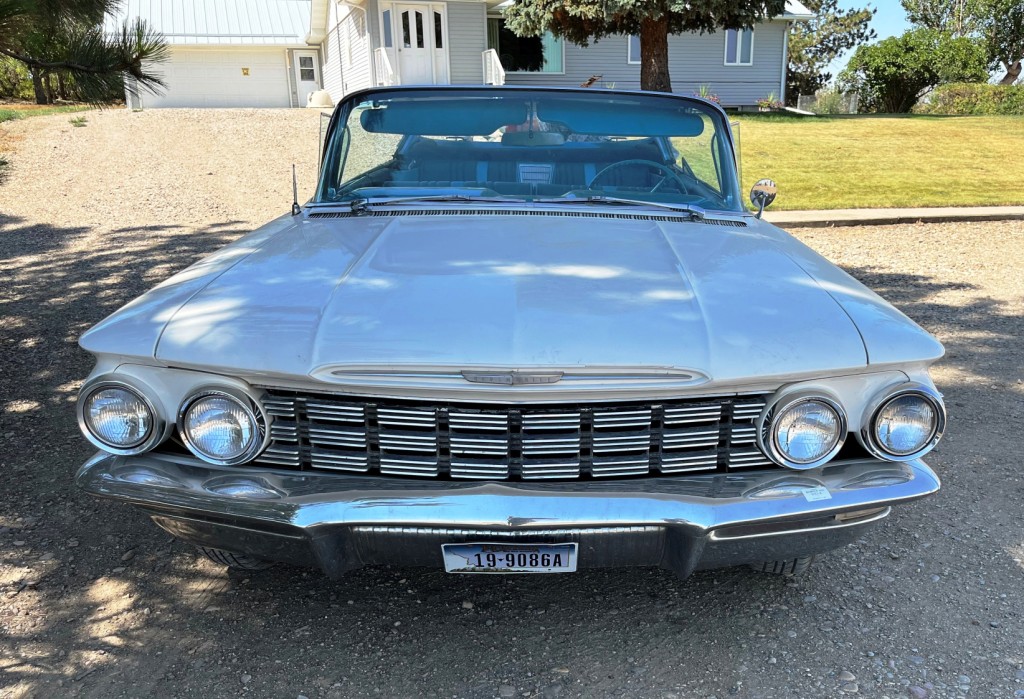 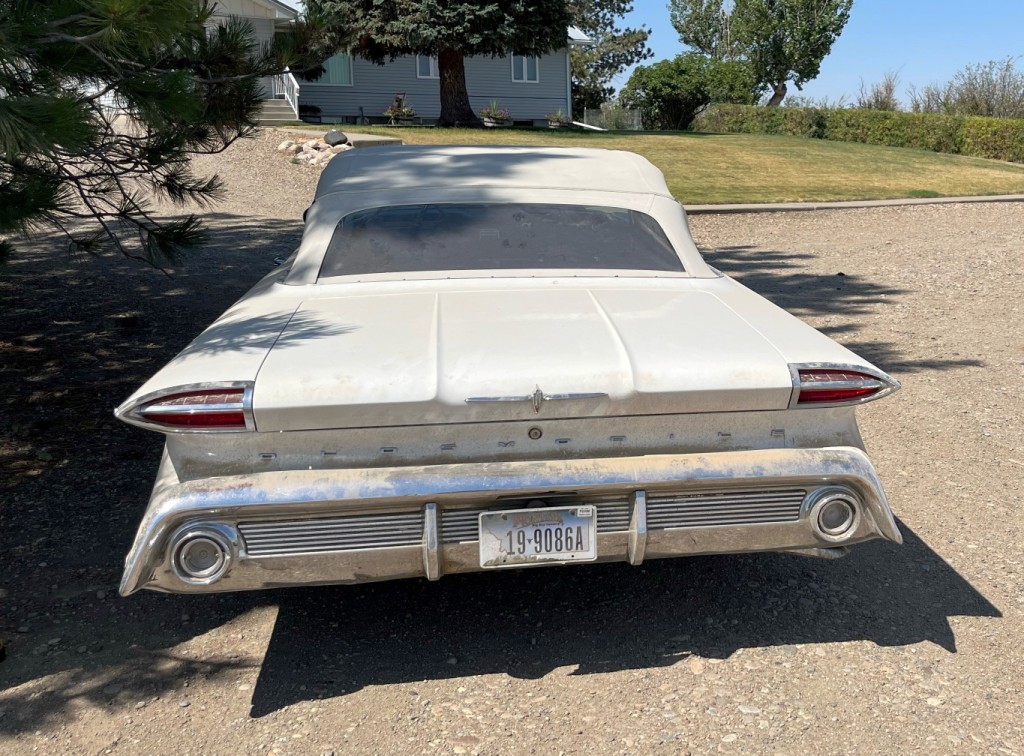 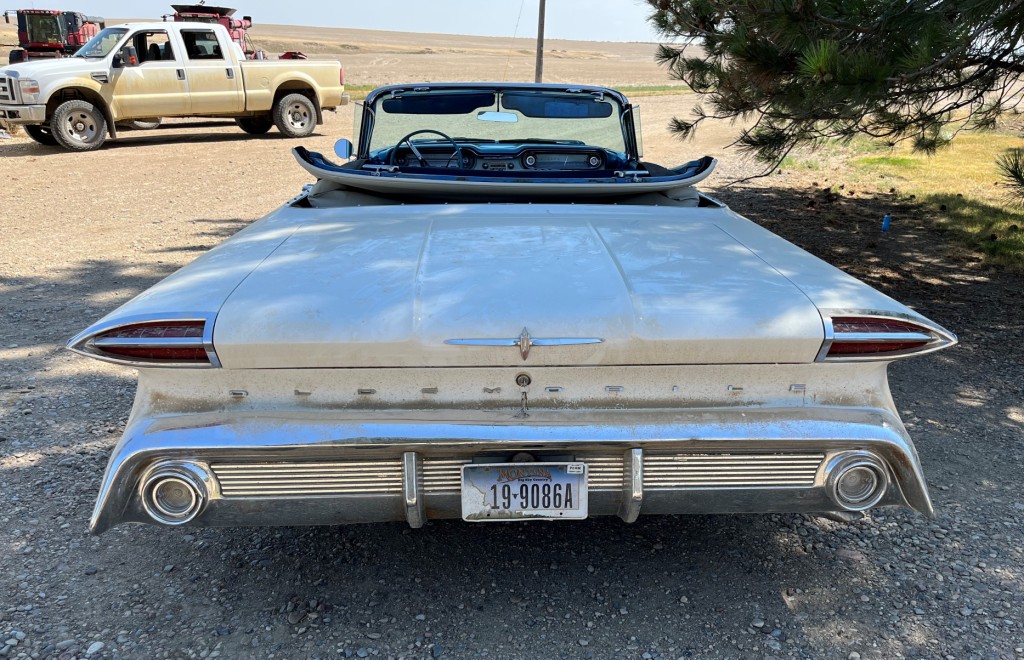 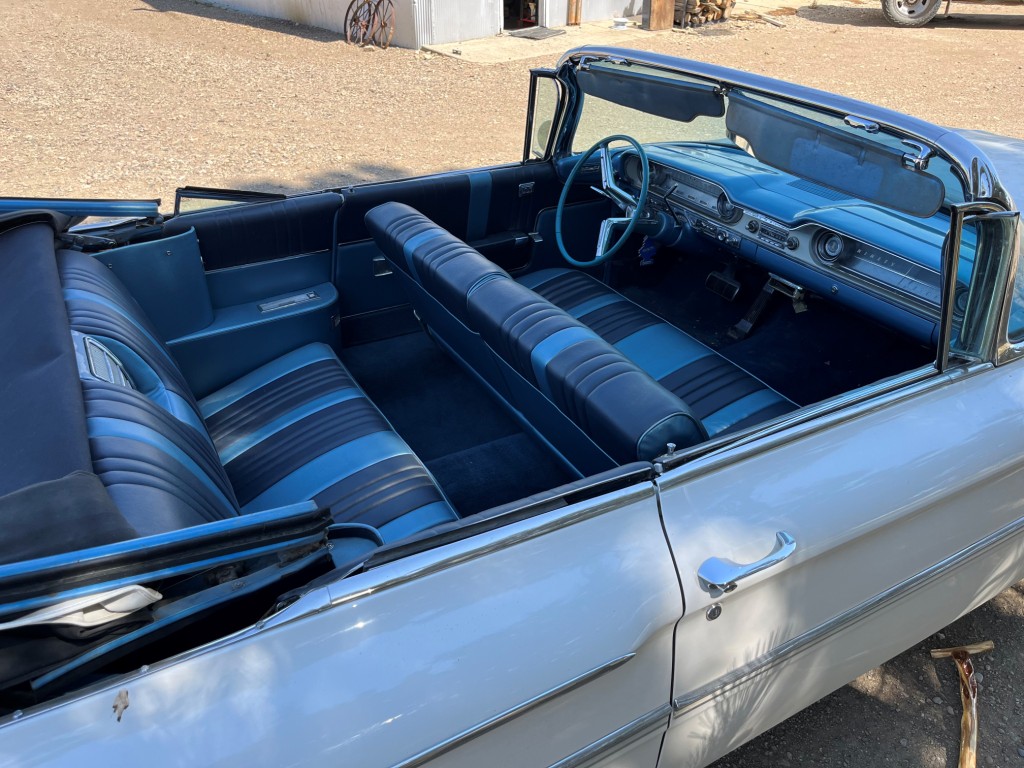 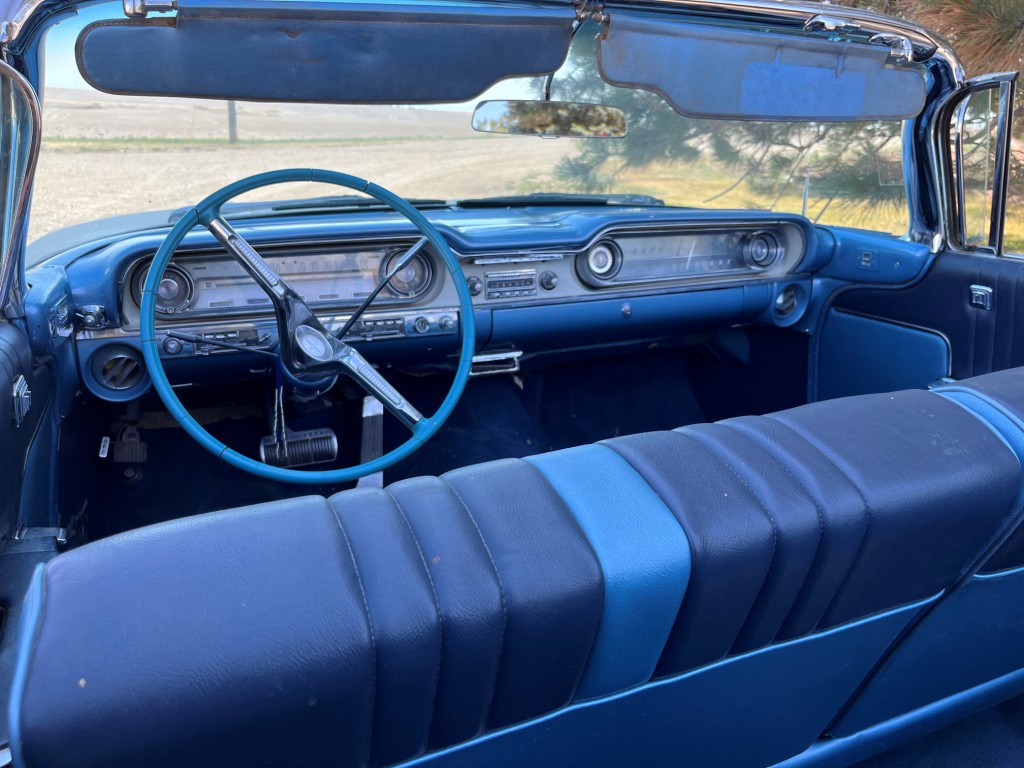 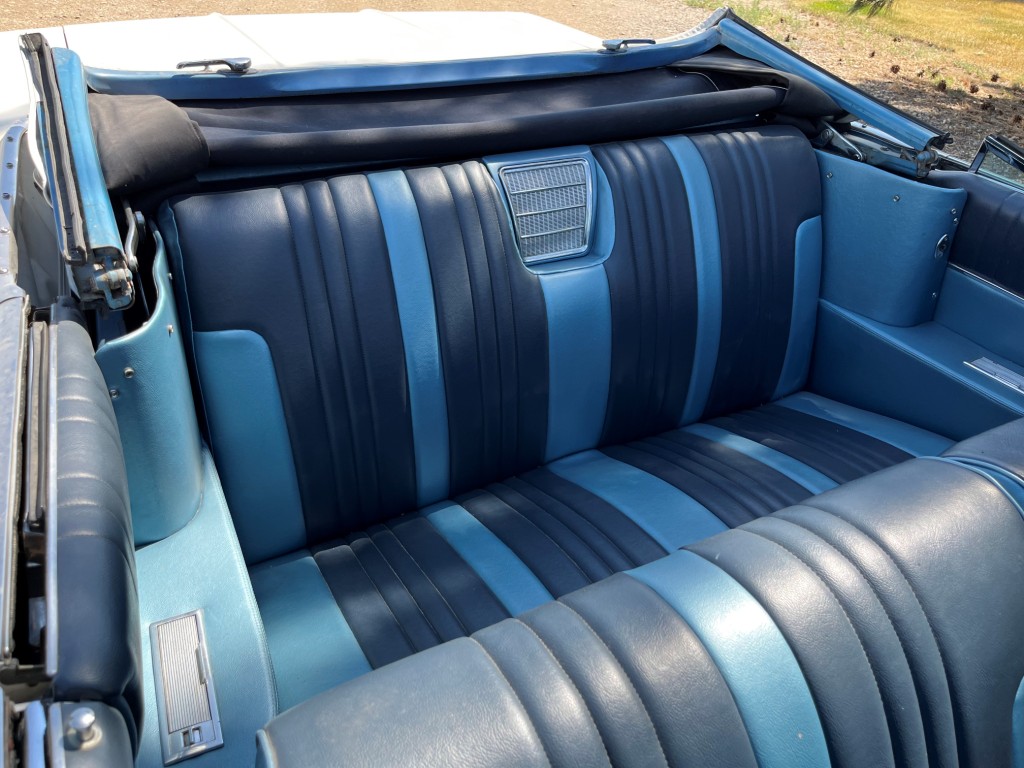 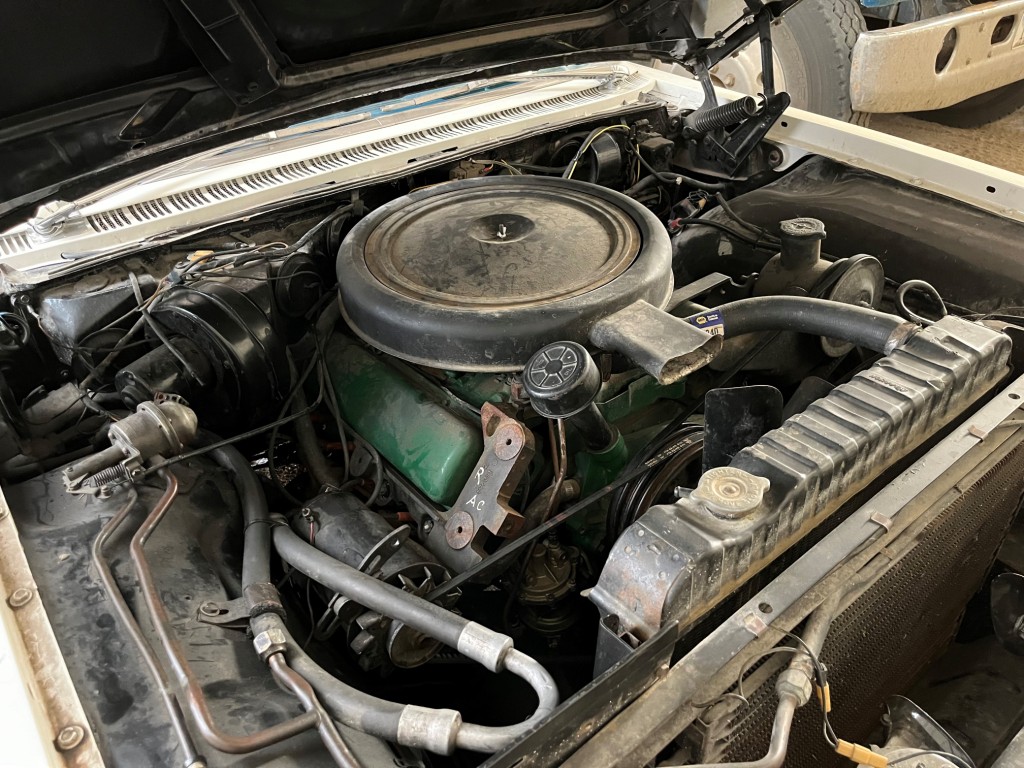 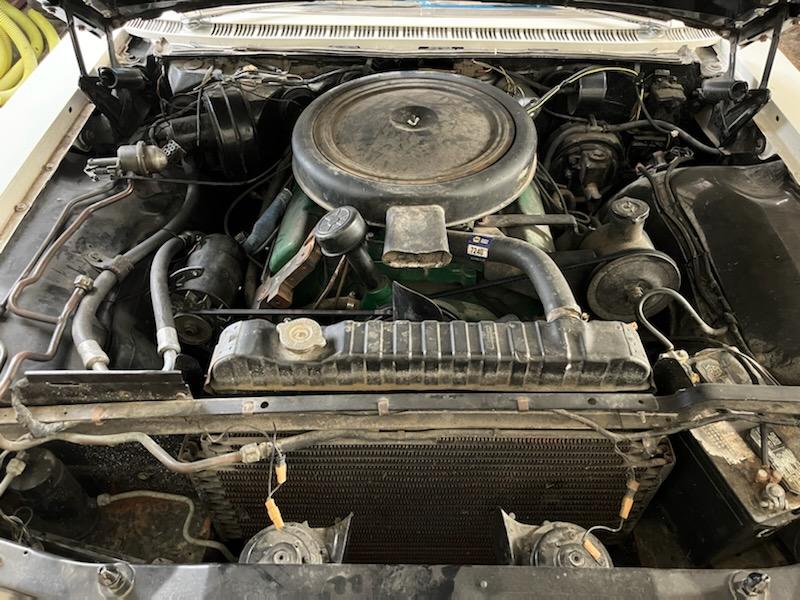 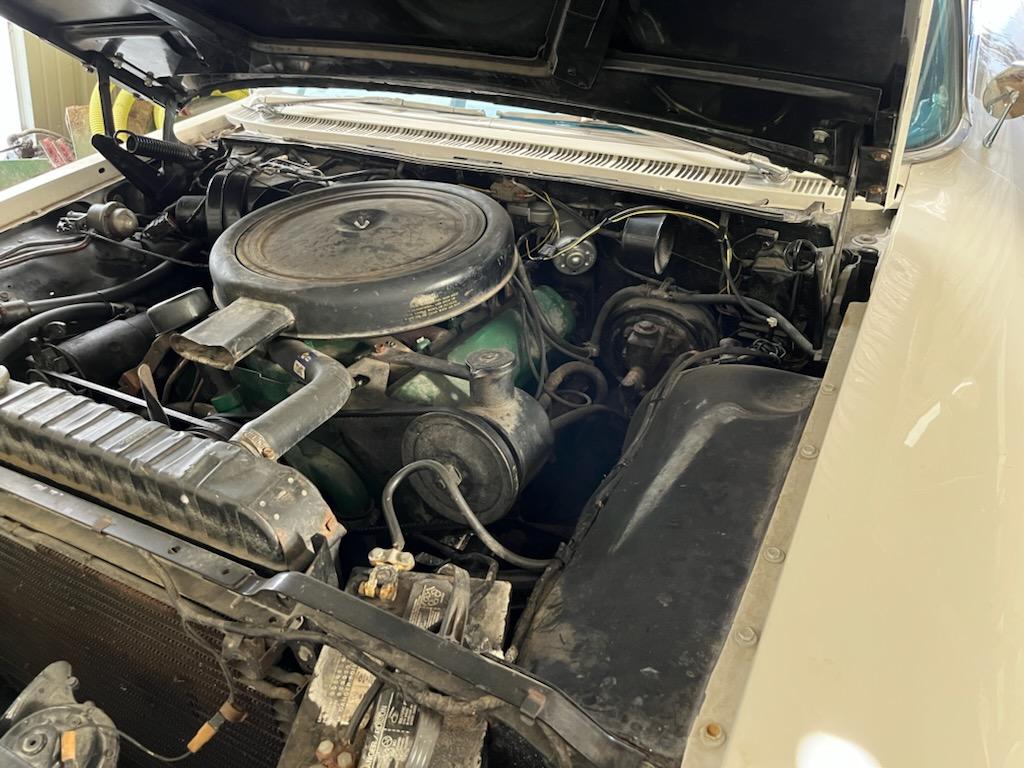 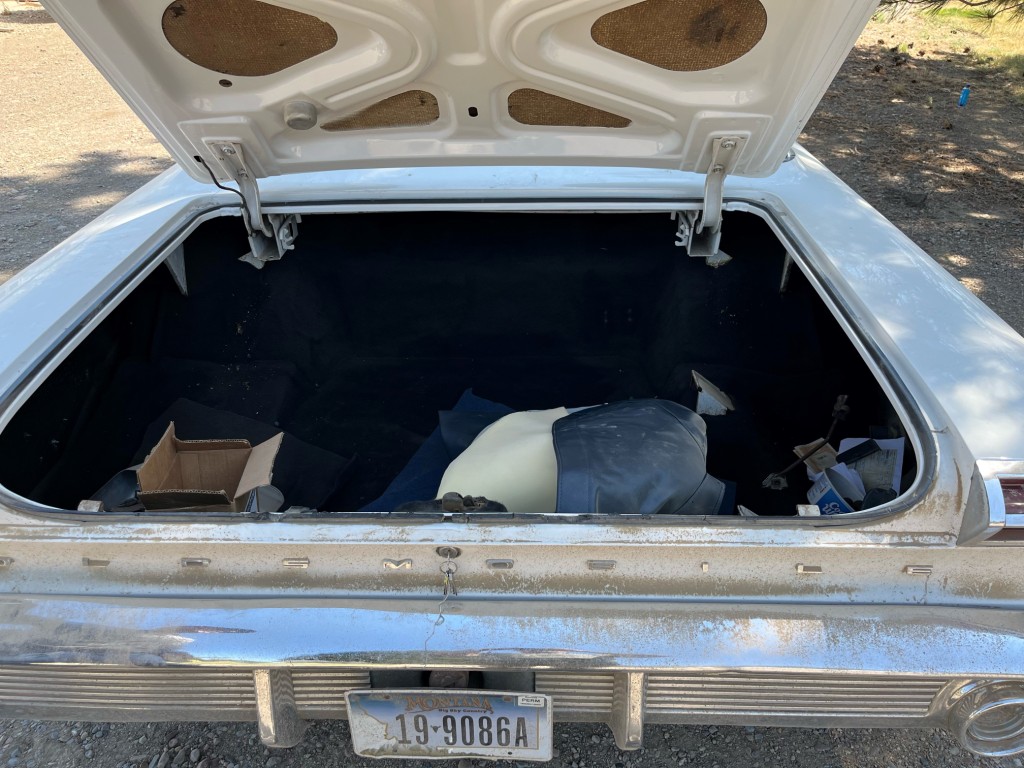 For 1960, the Oldsmobile 98 model line was slightly restyled while keeping the underpinnings and rooflines from 1959. The 98 once again represented the top-of-the-line offering from Oldsmobile, and it was available in the same four body styles as the year prior. In keeping pace with other marques, the 98’s list of standard features grew. For 1960, the rarest 98 model was the Convertible, with just 7,284 examples produced.

The 1960 Olds presented at auction has been a long-term (8+ Years) labor of love for the current owner of the car.  Acquired in North Central Montana in the early 2010s, the car had been sitting in storage for some years.  The owner at the time had the motor and transmission removed and given to a couple of high school kids for a school project to rebuild years ago.  The new owner contacted the shop teacher at the school and was told that while the kids had graduated, he could come get the boxes with all the parts for the motor and transmission.

Fortunately all the parts were there, and Brown's in Billings, MT rebuilt the transmission and the engine was rebuilt/reassembled in Great Falls.  Mitchell's in Great falls completed the body and paint on the car and Miller's Upholstery (Great Falls) installed a new convertible top and complete new upholstery.  The car was re-wired and all components are reported to work save the A/C and the Radio.

This is a “hard to find” car that benefitted from the favorable dry climate of North Central Montana.

This car has been consigned to the 10th Annual Montana Classic Car Auction hosted by the Classic Car Auction Group. The auction is Saturday, September 3 at the MetraPark Expo Center in Billings, Montana. To consign your car and/or to register to bid on this and other cars in the auction go to http://www.classiccarauction.us.

Thank you for your inquiry!